Members of the American Association of University Women (AAUW) have a long history of lobbying Congress and holding their legislators accountable for how they vote on AAUW priority issues. The AAUW Action Fund Congressional Voting Record provides information about elected federal legislators through the votes they cast on critical issues.

This voting record covers the 113th Congress. Scored legislation was selected on the basis of the AAUW Public Policy Program adopted by the AAUW membership in June 2013. Priorities reflected in the choice of legislation include education, economic security and civil rights. The voting record is neither an endorsement nor a condemnation of any member of Congress.

The Congressional Voting Record is distributed to every member of Congress, as well as to AAUW Action Fund members, coalition partners, the press, and other members of the public. It is also available on the AAUW Action Fund website, www.aauwaction.org/.

For more information or to order copies, contact the AAUS Action Fund at 202.785.7793 or VoterED@aauw.org.

Reviewing policymakers’ records in particular, you can demonstrate to women voters exactly what’s at stake as they head to the polls.

Reading the Voting Record
As a result of their votes on relevant issues and co-sponsorship of legislation, legislators earn a percentage rating for their support of AAUW priorities. This rating does not indicat the full extent of a legislator’s support of or opposition to AAUW positions. 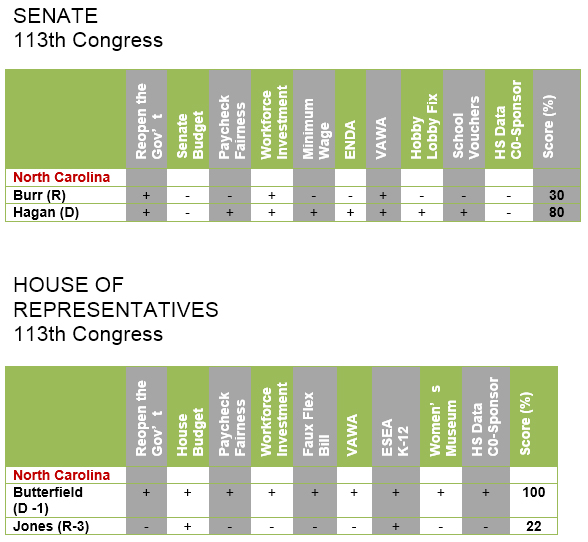